Did you know that the future will be built on humble sand? That’s because it can be turned into a semiconductor. The Youtube video “Semiconductor Production Process Explained” shows how they turn seemingly normal sand into something useful for the world. Let’s find out more!

The process of turning sand into the building blocks of the future requires many steps. First, they have to turn the silicon dioxide in the sand into just silicon.

After, the silicon is cut into the thinnest of disks. From these disks, factories can create up to 35,000 chips. Afterward, the chips are covered in photoresist layers, then they are exposed, developed, and edged.

This process creates semiconductor structures, but they are thousands of times thinner than hair. They later place dopants into the chips to add more electrical connections. These steps can be repeated several times and there are other procedures involved. But ultimately, it can take around 14 weeks to process one disk. Afterward, they’ll assemble the microchip with up to 30 of those layers.

You can check the rest of the video for more details about making a semiconductor and the future of semiconductors. 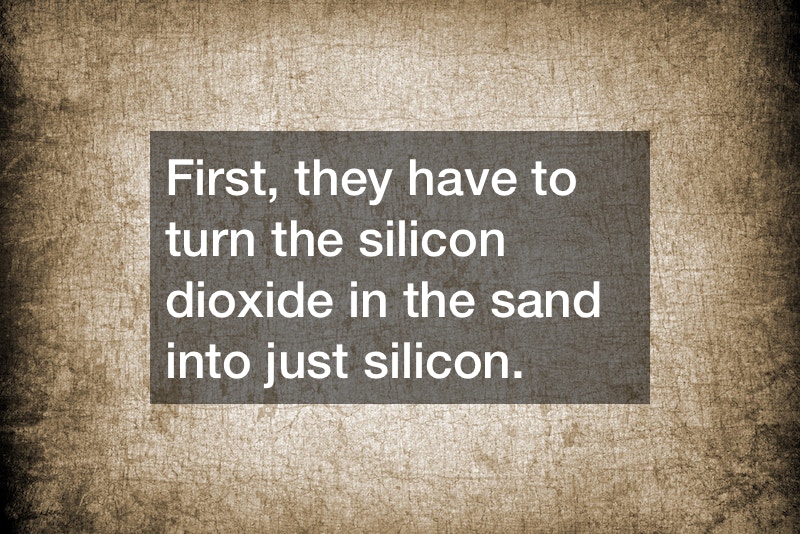