Bail is a central element to the American justice system. The ethics and morals behind letting suspected criminals out of prison for a price is something long-debated. There is a history of preferential treatment been given to the rich, while the poor have no chance of gaining their freedom back before their criminal trial.

Despite all of the issues behind the concept of bail, it is still alive and well in our prison systems. Who really profits off of all of the millions of dollars in prison bonds paid each year? This video by CNBC sheds some light on the issue of bail in the American justice system.

All in all, those who profit most off of prison bail are the rich and the workers called bond agents. Bond agents pay a suspect’s bail, while charging a 10-15% fee on the cost. A suspected criminal’s family member will often pay this instead of the imprisoned person. Thus, the bond agent makes a big cut of the profits. Rich people, on the other hand, have no fees if they simply pay their bail. They get all their money back when they attend trial. Thus, CNBC argues that the system in inevitably favored towards those with more money. 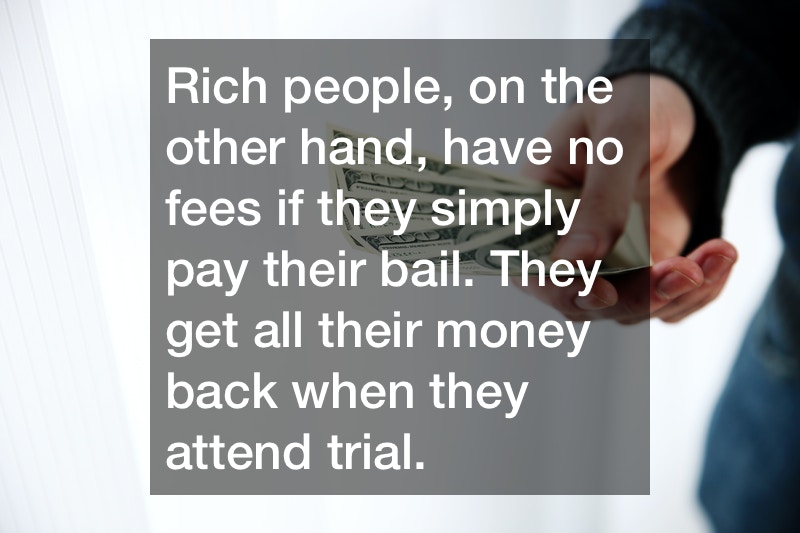